Sharing the power of awesome products

Archive for the ‘Business’ Category 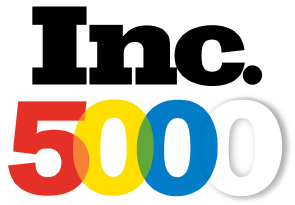 SALT LAKE CITY—September 8, 2011—Young Living Essential Oils has been featured on the Inc. 5000 list in recognitionof the company’s rapid growth during the last several years. The Inc. 5000, which is released annually by Inc. magazine, is an exclusive ranking of the nation’s fastest-growing private companies. Young Living achieved an impressive average growth rate of 37 percent between 2007 and 2010.

Under the leadership of founder D. Gary Young, Young Living has become the world leader in essential oils, currently operating seven farms and six distilleries on four continents. The company’s network of nearly 200,000 distributors shares the benefits of Young Living’s products and wellness-improving lifestyle with a global audience.

“We are honored to be included on this prestigious list,” says Young Living CEO Doug Nelson. “Our outstanding growth over the last few years is a testament to the vision of our founder, the power of our products and the quality of our people. We look forward to being featured on the Inc. 5000 list again and again.”

The companies on this year’s list report having created 350,000 jobs in the past three years. Total revenue among the honorees reached $366 billion, an increase of 14 percent from the 2010 Inc. 5000 list.

“Now, more than ever, we depend on Inc. 500/5000 companies to spur innovation, provide jobs and drive the economy forward. Growth companies, not large corporations, are where the action is,” says Inc. magazine Editor Jane Berentson.

Young Living’s profile on the Inc. magazine website can be found here.